E-Control has been involved at all levels of European regulation since it was founded in 2001 and has substantially contributed to the establishment of the European Internal Energy Market. In the past few years, European international work has intensified. It has also become mandatory under EU secondary legislation.

E-Control’s goals for international cooperation can be grouped into the following two key objectives:
- establishment of the European Internal Energy Market (Regional energy market developments) and
- removal of barriers to cross-border trade.

Cooperation within the European Union

CEER itself is a member of the International Confederation of Energy Regulators, ICER, which enables international cooperation of the regional regulatory authorities. It aims at exchanging knowledge between regulators by means of networks.

E-Control, the Austrian energy regulator, participates in committees at working group level and it is also represented in the most important committees at management and advisory level. Thus, it actively contributes to the development of regulatory frameworks and the exchange of regulatory practice at European and international level.

Apart from that, the Directorate-General for Energy regularly organises fora where all of the European stakeholders come together to discuss the current regulatory developments within key areas, such as electricity, gas, final customers or infrastructure, and jointly agree on the next steps.

Cooperation outside the European Union

The Energy Community, in which Austria and a few other EU member states enjoy the status of “Participant”, as well as ERRA (Energy Regulators Regional Association) enable cooperation outside the EU. E-Control has worked together with ERRA from the time of its establishment by exchanging knowledge and has also formally been a member of ERRA since 2018.

Due to its expert knowledge and flexible organisational structure, E-Control is also a sought-after and internationally renowned sparring partner for regulatory authorities and institutions within or outside the EU.

Such bilateral cooperation, involving visits and sending of experts, often results in projects, in which Austrian best practices prove popular across national and EU borders.

One type of projects in which E-Control is always a welcome partner is the EU-funded TWINNING instrument. Twinning is an EU financial instrument established to support authorities in non-EU countries in their approximation of all of the areas included in the EU legal framework. It focuses on providing practical assistance for clearly defined fields of activity. E-Control has actively participated in Twinning projects since 2017. All of our present and past international projects are listed on the website www.e-twinning.at. 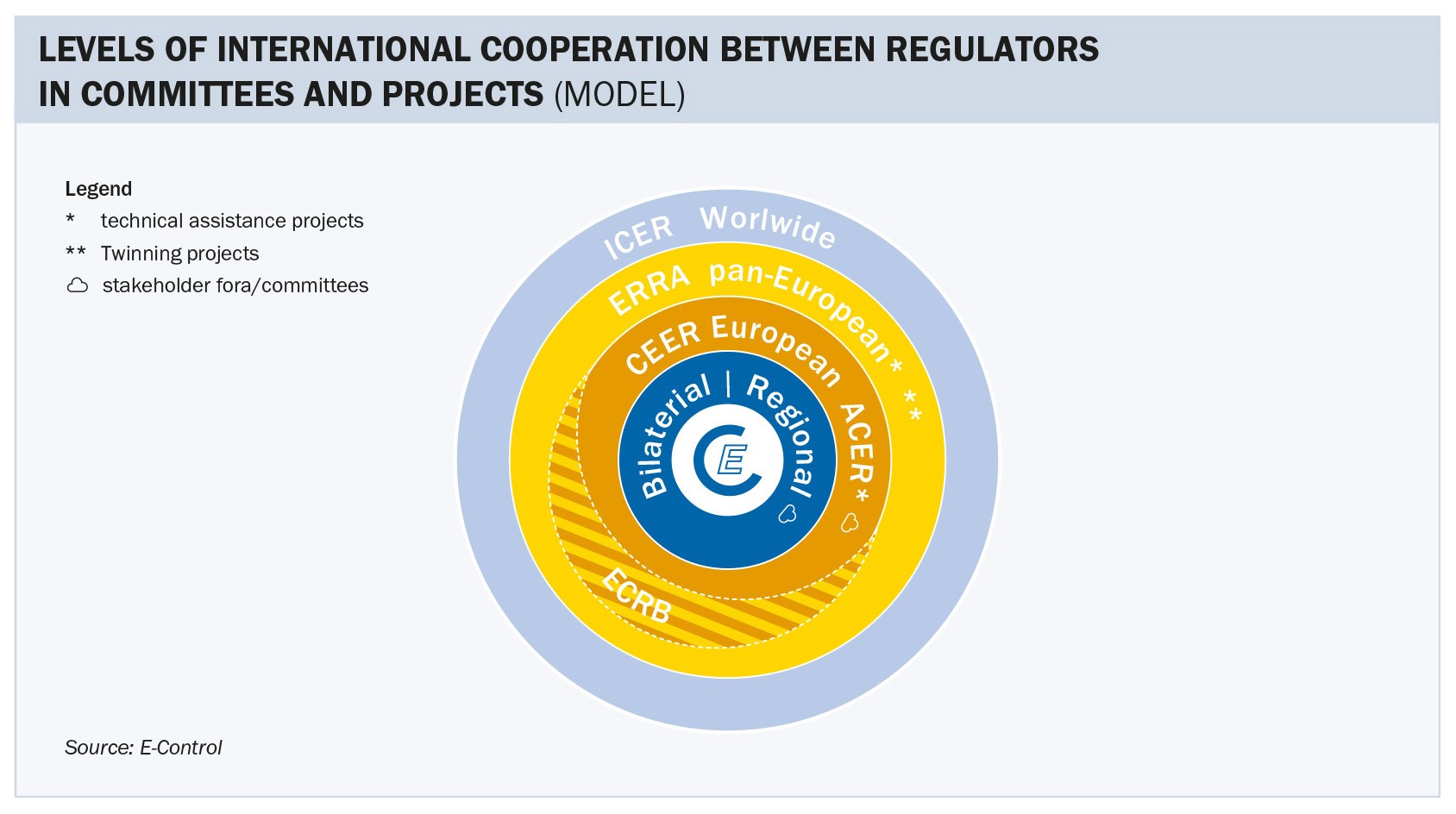