Power for your business

The role of natural gas for businesses

We are here for you. On the phone, online, in person.

Manufacturing accounts for one-third of energy consumption in Austria, so energy efficiency is a particularly crucial issue for decision-makers in this sector.

Escalating power prices mean that energy-intensive industries have a big incentive to rein in consumption. Industry has already done a lot to increase energy efficiency. Here are two examples, from the steel and paper sectors, both of which are highly energy intensive.

The figure below shows the amount of energy required to produce 1,000 tonnes of paper. Improved efficiency has cut this amount by 25% between 1990 and 2008. Since then, the energy spent per 1,000 of paper production has been on the rise again, but even so remains 18% below the 1990 value. 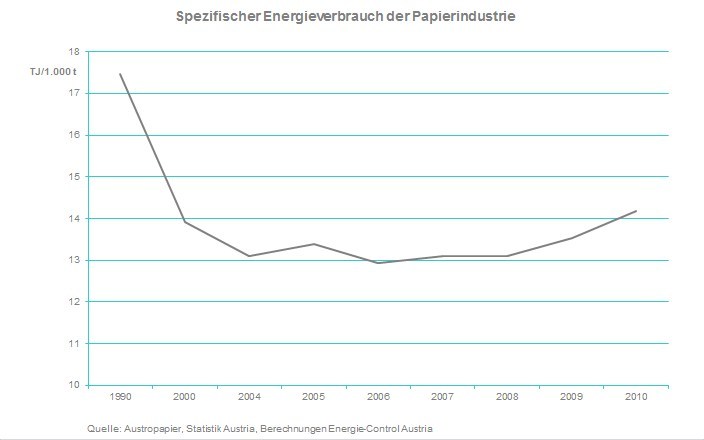 The specific energy consumption figures for the steel industry present a similar picture. Since 1980, the energy consumed in the production of 1,000 tonnes of steel has fallen by 31%, but risen again by 18% in 2009. Production was down by one-fourth in that year, total final energy consumption only by 8%. This might be due to the economic crisis and to economies of scale. 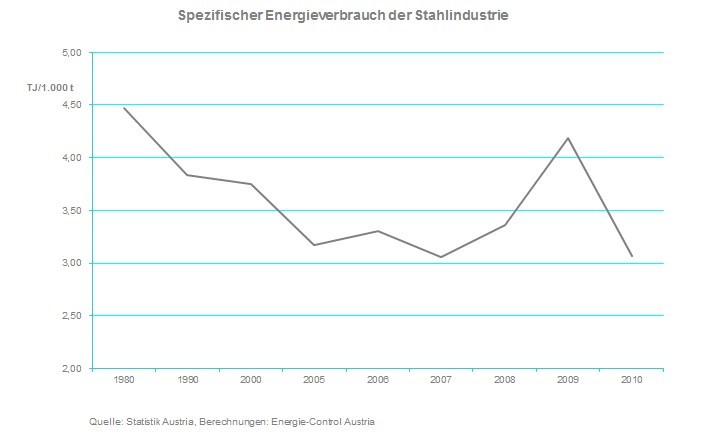 
These issues are discussed in E-Control's green paper on energy efficiency, which also contains recommendations for boosting energy efficiency. The document is available from our German pages, where you’ll also find a list of links and downloads on the topic.

Compare your energy deals with those of similar companies

Information how to participate in the market for balancing energy